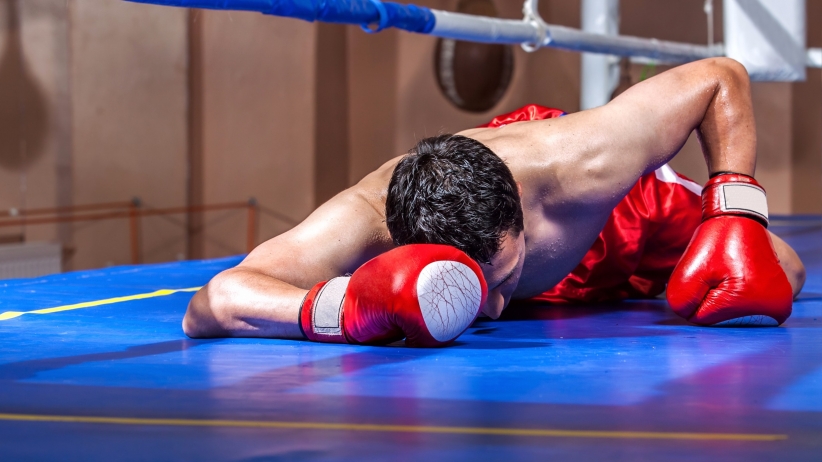 Imagine reaching the top of your profession after dreaming about it since you were a child, then all of a sudden have it completely taken away from you in an instant.

That’s exactly what happened to me when I got hurt in my first game as an NFL player for the Chicago Bears. I was depressed and didn’t talk to any friends or family members for at least two weeks. My life changed forever though when I reluctantly agreed to speak at a leadership event after I received the news that I was going to be out for nine months and reached an injury settlement with the Bears.

That night, I learned a valuable lesson. When failure knocks you down and you are depressed and feeling unworthy, as if there is no way out, you absolutely must get up and get moving! Throughout the years I have had the great privilege to train and work with some of the most amazing sales organizations in the world, and to me, sales is one of the best examples of the importance of increasing action when adversity strikes.

As a salesperson, you are going to get told “no” more than you are going to get told “yes.” For most people, this is tough to deal with. Let’s face it, nobody likes rejection. The average salesperson hates how they feel when they are told “no” so they end up making less calls, visiting less prospects and doing enough to just get by and keep their jobs.

Unfortunately, that doesn’t just apply to salespeople, as ordinary folks from all walks of life have adopted that philosophy for when the going gets tough.

On the other side of the spectrum you have the salesperson who continues to make more and more money regardless of how bad the economy is. The value they bring to both the marketplace and their companies is astonishing. Everyone asks them how they do it, looking for some magical answer or secret, but in reality they aren’t doing anything else except constantly taking massive action, even when the going gets tough.

The best salespeople understand that if they made 30 calls the previous day and received 30 no’s, then they have to make 60 calls the following day to possibly get that one yes. Increasing your action when adversity hits can be a complete game changer for you. It will bring far more results than taking the easy way out. What happens when you increase action is you increase the chance of opportunities coming your way.

It’s nearly impossible to defeat the person who is willing to get back up and keep fighting. Regardless of how devastating your failure is or how much it has you in the gutter, if you are willing to promise to never get complacent and settle, failure and the hard times of life will never be able to place you in the box of mediocrity that paralyzes so many people and prevents them from tapping their inner greatness.

Some of the world’s greatest achievers weren’t necessarily more talented, they just never gave up when they got knocked down on their faces. Whatever it is, just get moving. The whole moral behind increasing your action is to take complete charge of what’s to come.

Most of the time when someone experiences a major failure, they just sit back and wait for life to happen. Over time you will quickly learn that this way of living serves no purpose.

I didn’t know that speaking at the leadership event after I got injured would introduce me to my purpose or help me look at failure in a different light, but it did. It’s all because I made the decision to get out of bed, stop feeling sorry for myself and get moving.

One thing that you need more of when failure knocks you down is self-confidence. Taking massive action does exactly that. Failure in itself becomes a graveyard for so many. The fear of failure grows so strong that any chance of getting started is beyond a long shot. The likelihood of pursuing a dream or passion in life is slim to none.

Failure combined with inaction is extremely deadly and will completely rob you of doing any meaningful work. One of the best things you can do for yourself right now is to decide that you won’t wait for things to be perfect, because things will never be perfect. One of the most surefire ways to change how you feel is to get moving!