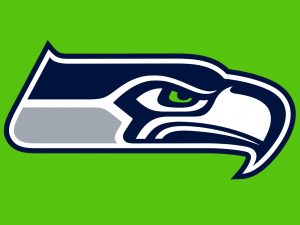 Now that the football season has come to an end, the Seattle Seahawks are crowned world champions. Just like the vast majority of the country, I tuned in to watch the game last night. I wasn’t necessarily rooting for one team in particular, but I did strongly believe that the Denver Broncos would come out victorious.

After all, they have one of the best to ever do it in Peyton Manning. It’s very hard to bet against greatness and a player of Peyton’s caliber.

I must admit, I was utterly shocked when halftime rolled around. However, I had no doubt in my mind that Peyton and that high powered offense would get their team back in the game. Boy, was I ever wrong.

The Seattle Seahawks completely dominated from start to finish. Even though the Broncos have a future Hall of Famer in Peyton Manning, the resilience and total team effort by the Seahawks was entirely too much for Denver.

The beautiful thing about football is that it can teach us a lot about life. What the Super Bowl taught us last night is that when you are willing to go all out for your dream and everyone buys into the same vision, victory is the end result.

Much of the talk leading up to last night’s game was how Seattle had no one on its roster with Super Bowl experience. Experience or not, Seattle wanted it more than Denver did. It was like watching a professional team play a college team. The Seahawks looked bigger, stronger, faster, and hungrier than the Denver Broncos. They were going all out for their dream.

Last night’s game reminded us the importance of just that.

The odds might be stacked against you, just like they were for the Seahawks, but when you are willing to do whatever it takes and believe in yourself and your vision every step of the way, you most certainly can live your dream.

Even though you don’t play for the Seattle Seahawks or Denver Broncos, you have a Super Bowl championship to go out and win every single day.

Take note of what Seattle did to earn the right to be called world champions. It wasn’t luck. It was a whole lot of preparation, tremendous belief, perseverance, and teamwork in order for their dream to work.

No matter what you do for a living, we can all take away the life lessons the Seattle Seahawks demonstrated all season long.