Everything That Happens in Your Life Is a Gift — Even Failure

Many people call it the “F-word.” No, I’m not talking about “fun” or that egregious four-letter word that’s so prominent in today’s culture. I’m talking about failure — Big, Fat Failure. And you know what? It’s a gift. A Big, Fat Gift. Everything that happens in your life is a gift. Even that big event that starts with an F.

Here’s what one highly successful woman had to say about the “F-word:”

“Eventually, we all must come to a decision, for ourselves, about what represents failure. However, the world is very keen to put failure on a schedule, and give you a set of decisive factors, if you allow it. A meager seven years following my graduation, failure had hit me on a grand scale. A fleeting marriage was dissolved, I had no job, [I was] a single parent and as destitute as anyone could possibly be without living on the streets. My parents’ fears for me, and those I had for myself, had finally transpired, and according to the book of failure, I was the biggest.”

The above paragraph is a summation of a speech given by J.K. Rowling at the Annual Meeting of the Harvard Alumni Association.

The whole purpose of using J.K. Rowling as an example about the importance of failure is to emphasize the point that failure is not unusual. In fact, it is very ordinary and has been misunderstood throughout time.

First, understand that success means something different to different people. However, there is something everyone has in common who has succeeded at what they set out to do: They have failed at one time or another. There is no way to live life without failing from time to time. The only way you won’t fail is if you live so guardedly that you are barely living at all, wherein, you fail by default.

Failure drives us to change. Without it, where would we be today? Thomas Edison produced tons of light bulbs that did not work. If he had not tried again and again, we’d still be using oil lamps and candles for lights.

Winston Churchill once stated, “Success is based on going from failure to failure without loss of enthusiasm.”

Of course, some individuals are sardonic. These types of people never pick themselves up from failure because they did not grow. Failure courses through everyone’s lives. The SBA states that more than half of small businesses fail during their first five years. However, failed entrepreneurial pursuits are as vital as successful ones.

One specific industry that thrives on failure is technology. There’s hardly anyone over the age of 25 who is not familiar with the late Steve Jobs, co-founder of Apple. He was the perfect example of someone who found the “gift” in failure. In his first attempt at a mobile gadget, it failed. It failed badly and he was thrown out of the company. Nonetheless, he has one of the greatest comeback stories of all time.

In your world, what represents failure? Ask yourself that question and really take some time to answer truthfully. Just as Rowling said, we all must come to the decision about what failure and adversity represents in our lives. Our answers to that very important question greatly determines our levels of achievement and what’s in store for us in the future.

The greats, the champions, the best to ever do it view failure and adversity as their friend and something to help them grow and ignite their creativity and desire to be the absolute best. 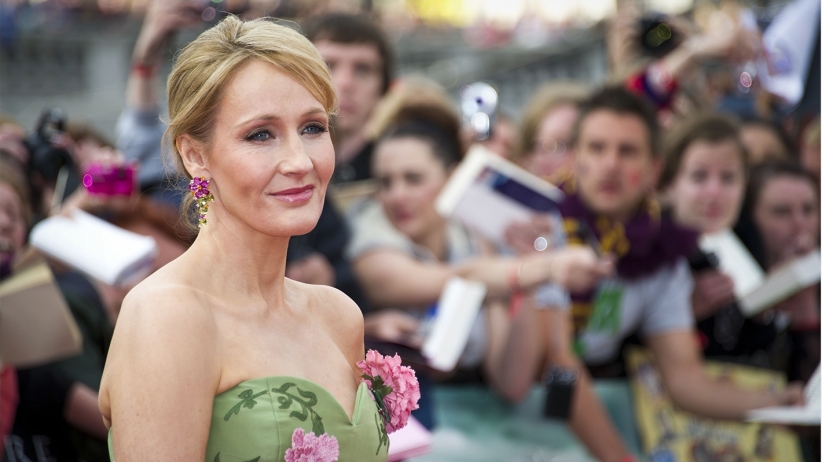