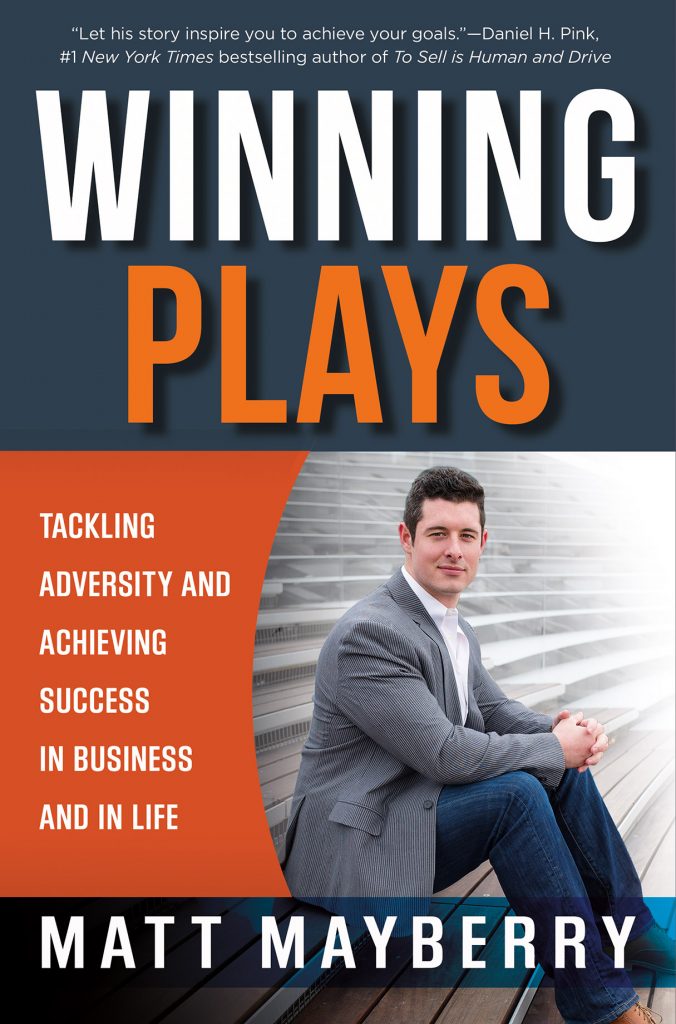 I am so happy to reveal the cover of my upcoming book, Winning Plays: Tackling Adversity and Achieving Success in Business and in Life, which releases on September 6th, 2016.

Today, former college football star and NFL linebacker Matt Mayberry is an acclaimed keynote speaker and performance strategist, but he was once on a downward path to destruction, struggling through drug addiction and a career-ending injury. Then one day he had an epiphany; he didn’t want to throw his life away day-by-day. Instead, he decided to transform his failures and create a bigger future for himself. Taking each setback as an opportunity to learn, Mayberry surrounded himself with mentors. With an infectious never-give-up attitude, he tells his story of transformation into a nationally sought-after speaker and success coach. Through the hardship and trials, Mayberry found his true passion and gift–helping others achieve massive success. Offering readers practical steps on applying his strategies to their own lives, Mayberry explains how anyone can power through and learn to create opportunity and success.

What others are saying

WINNING PLAYS is a story of hope and renewal. Author Matt Mayberry has seen the highs and lows — from drug addiction to an NFL career cut short — and he knows what he’s talking about when he writes about finding success in the ashes of failure. Let his story inspire you to achieve your goals. –Daniel H. Pink, #1 New York Times bestselling author of To Sell Is Human and Drive

If you think your failures are painful, you haven’t met Matt Mayberry. His experiences with persevering in the face of adversity are full of inspiration and lessons for all of us. –Adam Grant, Wharton Professor and New York Times bestselling author of Originals and Give and Take